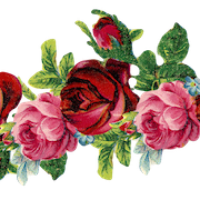 Twitter CEO Jack Dorsey, who testified before Congress today, claimed that the tech giant doesn’t have a “Censorship Department.” I beg to differ.

As you probably saw earlier this week, Project Veritas released shocking images from inside a Texas detention facility, showing illegal immigrants wrapped in space blankets and cramped into tight spaces.

Upon launching the images on our social media platforms, Twitter decided through an “automated tool” to label them “sensitive content”:

Of course, all Twitter did in the end was CENSOR THE TRUTH.

Breitbart journalist Allum Bokhari reached out to Twitter, asking them why they would label such newsworthy images that way. A Twitter spokesperson responded saying the warning was “incorrectly applied by one of our automated tools and it has since been removed.”

Here is my response to Twitter’s statement:

By the way, I’m still waiting on an answer here, Jack.

This story made headlines in other media outlets as well. Here is what went to print on today’s edition of the New York Post:

The Independent, a British media outlet, also reported on this story:

This isn’t the first time Twitter censored Project Veritas. Unfortunately, I don’t think it will be the last.

My promise to you is that every time they censor the truth, Project Veritas will be there to hold them accountable.

Project Veritas Is Recognized As a Tax Exempt Organization Under Section 501(C)(3) of the Internal Revenue Code. Your Donations Are Tax Deductible As Allowed by Federal Law and the Laws of Various States.

Today Project Veritas is inducting none other than Luke O’Brien, now former Huffington Post “journalist,” to the infamous Wall of Shame.

O’Brien thought he could lie about O’Keefe’s visit to former Sen. Mary Landrieu’s office in 2010 and get away with it.

Here is how Project Veritas held him accountable:

These Fake News journalists never seem to be able to get this story right. They’re always so excited to say O’Keefe attempted to tamper with Landrieu’s phone system.

Of course, we will never let them get away with it.

Here is what O’Brien wrote in his article originally:

FALSE. O’Keefe never did that Luke.

In fact, an Assistant United States Attorney by the name of Jordan Ginsberg issued the following statement pertaining to O’Keefe’s visit to Landrieu’s office:

Did you catch that Luke?

O’Keefe’s mission in that case was to “orchestrate a conversation about phone calls to the Senator’s staff and capture the conversation on video, not to actually tamper with the phone system, or to commit any other felony.”

As a result, O’Brien had to update his article with the following:

And there it is. Some truth at last.

Thank you for providing “further clarity” on your story, Luke. We think you owe the public the truth more often.

In the meantime, we will be hanging this latest retraction frame on our Wall of Shame where it shall live in infamy — forever.

Project Veritas Is Recognized As a Tax Exempt Organization Under Section 501(C)(3) of the Internal Revenue Code. Your Donations Are Tax Deductible As Allowed by Federal Law and the Laws of Various States.

2021 is gearing up to be America’s most critical year in decades.

America’s southern border has been ripped wide open with millions of illegal immigrants marching through our border.

Washington D.C and Puerto Rico could be granted statehood.

These are the radical socialist power grabs I’m fighting in the halls of Congress.

Because I refuse to back down, the Fake News Media and the Silicon Valley Cartel painted a huge red target on my back and I’ve become Democrat Enemy #1.

Already, Democrats are pouring MILLIONS of dollars to unseat me in the next election.

Even some RINO “Republicans” are threatening to primary me.

I refuse to be intimidated.

In fact, I’m more emboldened than ever. But the truth is, in order to beat back the Establishment, I must have a campaign warchest to defeat the Democrats.

And that’s where I need your help in the fight ahead.

You see, every three months, I’m required by the FEC to file my End-of-Quarter report. This is where Democrat-hack operative and Fake News “journalists” comb through my reports, looking for any sign of weakness in grassroots support.

These reports are critical to show everyone just who the grassroots conservative movement supports.

But more importantly, these resources help me combat the Fake News narrative they want to portray me (and you) as.

Do you think you can spare a quick donation of $25 or more to help me reach my goal?

If there’s ever been a more critical time to support me, Charles, its right now.

No Republican has been attacked like me since President Trump.

The Democrats, Big Tech, and the Fake News Media are on a full-frontal attack to shut me up and shut me down without me having the ability to defend myself.

As a Christian, a wife, a mother of three, and a small business owner, I ran for Congress to support President Trump and his America First policies.

I’m sick and tired of seeing these hate-America leftists like AOC, Ilhan Omar, Rashida Tlaib trying to ram through their socialist agenda and wreck our country.

And because I’m in their way, the Democrats and Fake News Media want to take me out next election.

On top of Democrats trying to remove me from office, the Fake News writes nonstop hit pieces, and the Silicon Valley Cartel is always trying to shut me down.

But I will not be intimidated or silenced because I have the support of you, the people!

And it is critical I show a STRONG FEC Report when the Fake News and Democrat operatives comb through my filing to see any weakness in support.

If you stand with me, please, chip in with whatever you can afford. Every bit helps me fight back through email, text messages, phone calls and even social media (when I’m not censored!).

Thanks so much. I will keep you updated.

PUBLISHER”S NOTE: I told you so. 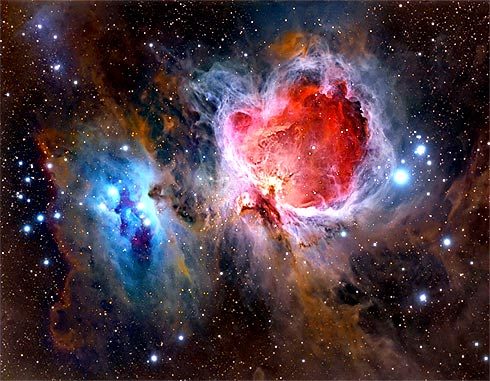 Recently, a friend told me that she’s never seen Forrest Gump before—which is a crime in my house. So I made her watch the movie with me (spoilers ahead).

In light of recent events, this movie has taken on a new meaning for me.

Though Forrest and Jenny started “like peas and carrots,” each of them soon got swept up by a different one of America’s 20th-century cultural currents.

Forrest’s path was classically American: going to college, playing football, serving his country, starting his own business, and going to church.

Jenny, on the other hand, dabbles in counterculture: dropping out of college, becoming a beatnik and then a hippie, joining the anti-war protests, indulging in the sex, drugs, and rock n’ roll of the ‘70s.

In these two characters, I saw a reflection of today’s America—with one side supporting the American tradition and the other opposing it.

Jenny’s path finds her used and abused multiple times, first as a sex worker and then as a girlfriend. While she experiences momentary freedom as a hippie, she eventually devolves into a groupie who steals from the musicians she sleeps with and hits her lowest point when she attempts suicide.

But Forrest never stops loving Jenny, no matter how much their paths deviated from each other. He gets rejected by her multiple times but remains there for her through everything—never imposing, never selfish, never angry, always altruistic.

It’s precisely because of Forrest’s love that Jenny is able to find happiness in the end, and it’s a kind of love that I think we can use more of in our society today.

2020 has shown me the destructive power of the forces that are working against our traditional values. Coming from a communist country, I know that these forces don’t just destroy their enemies: they also destroy the same people who advocate for them.

It’s not easy, but I think that the best thing I can do for them is to be their Forrest. Even though they may seem to be confident in their decisions now, I have to be there for them with compassion and patience. I have to love them simply and selflessly; I have to stay firm in my own convictions and not give up.

For history tells me that one day, they might regret their decisions. When that day comes, they’re going to need someone there to help bring them back.

If you like the principles that guide us, please consider subscribing The Epoch Times.

It’ll help us stay independent—and true to our values—when big tech and other organizations are trying to shut us down. Get 2 Months for $1

Receive $10 in Epoch Credit with a digital subscription.

We’re always trying to find new ways to get you special offers on the news you trust,
to improve your news experience, and to keep you inspired in a time like today. Our Specials and Updates email list is how we tell you about all these new ways.

Only the title has ben changed, to protect the innocent. The guilty party already knows WHO they are.

The Governor Who Stole Christmas.

By: Cindy Lou Who.

Every Who Down in Whoville (Nevada) Liked Christmas a lot…
But the Grinch, Who lived just north (Carson City), Did NOT!
The Grinch hated Christmas! The whole Christmas season!
Now, please don’t ask why. No one quite knows the reason

.CHIP-IN TO GET RID OF GOVERNOR GRINCH >>

It could be his head wasn’t screwed on just right.
It could be, perhaps, that his shoes were too tight.
But I think that the most likely reason of all,
May have been that his heart was two sizes too small.

“I MUST find some way to stop Christmas from coming!”
Then the Whos down in Whoville will all cry BooHoo!”
“That’s a noise,” grinned the Grinch, “That I simply MUST hear!”

CHIP-IN TO GET RID OF GOVERNOR GRINCH >>

Governor Grinch has made it very clear how he feels about us down here in Whoville, and that he is not going to have a change of heart.

TAKE BACK our holidays, time with our families, our economy, our freedoms, and our great state.

Chip-in to help us GET RID OF GOVERNOR GRINCH >>

The Art of Blogging
MrTravelGems

When in doubt, travel.

When Normal Clashes With Weirdly Cool

A publication of Parnassus Books

Where the American South meets the world.